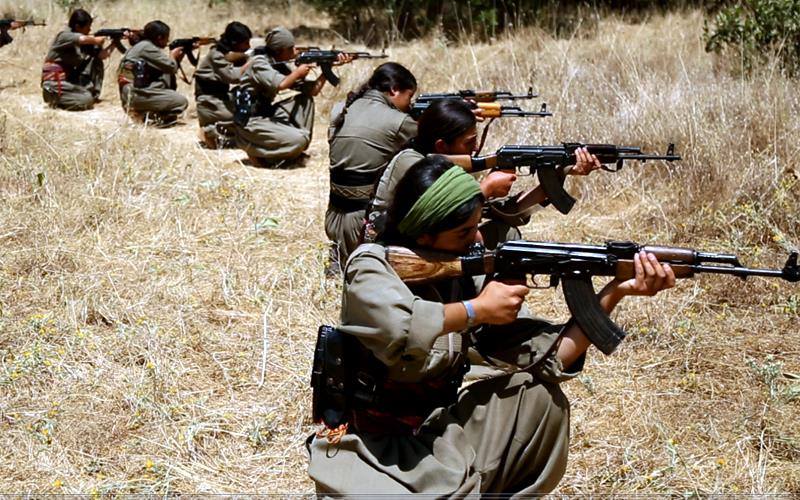 In an abandoned luxury apartment building in Til Kocher, Syria, a group of young women laugh, sing songs, and prepare chai tea for their guests. In the adjacent room is an arsenal of weapons ranging from American M4 rifles to Hungarian-made Dragunovs and locally manufactured Zagrov .50-caliber sniper rifles. The cheerful young women enjoying their morning compose a seven-woman sniper unit that falls under the YPJ militia currently fighting ISIS in northern Syria. If you had failed to note all the hardware lying around their arms room, you would never know that these women were snipers, and you would never guess that some of them have racked up dozens of kills. 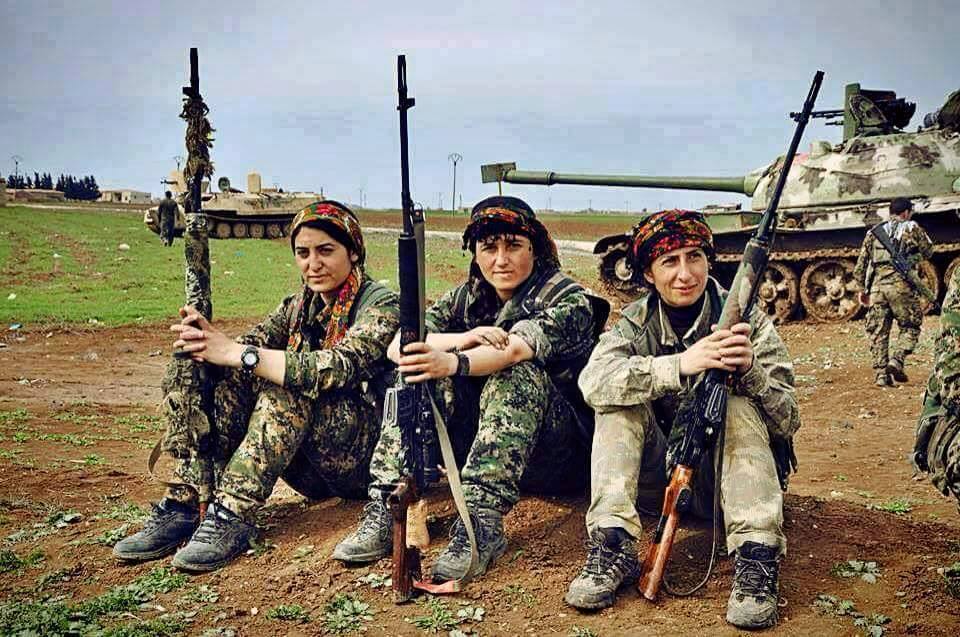 The oldest of the group is 27, a European Kurd who returned from the diaspora when she heard reports about ISIS murdering children. The youngest of the group said she was 16, but quickly corrected herself and reported that she was actually 18. Later that day, the teenage Kurd slung the .50 caliber Zagrov over her shoulder and walked out to do some target practice.

They don’t tell a lot of war stories. Inside their common room, the pictures of the “shaheed”—their friends martyred in the war against the Islamic militants—hang on the wall. The young women are safe for the moment in the Kurdish-held rear areas, but they can be called out in two-woman sniper teams to jump into the fray at any time in response to commanders’ requests on the front lines. In the meantime, they try to compartmentalize the war and retain some sense of normalcy. 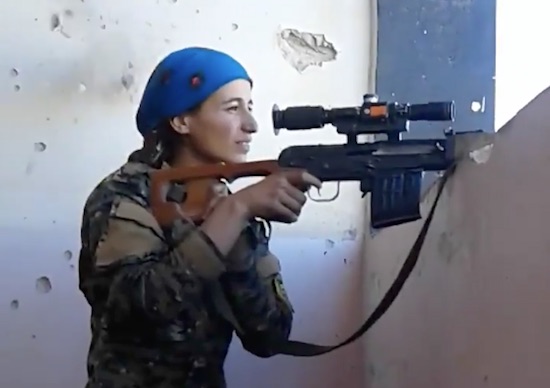 Although some would probably deny it, the Kurds have an incentive system of sorts for their snipers. Sidearms are a prized possession on the battlefield, and snipers who achieve 20 kills receive a Makarov pistol. Once they kill 100 ISIS fighters, they are awarded a Beretta pistol. Some of the women I met have a Makarov; others are well on their way to earning the Beretta.

The YPJ snipers stand in stark contrast to any other snipers I met when I was in the Army. Having served as a sniper myself, I’ve heard no end to the exaggerated claims from cocky young men who think they are the reincarnation of Carlos Hathcock and believe they can hollow out a quarter with five shots from 1,000 meters away in strong crosswinds. While Americans are obsessed with “America’s deadliest sniper,” the Kurdish women appear disinterested in these kinds of claims. Despite that, they do more with a lot less than American snipers. They don’t brag about their kills in combat, and it is unlikely that any of them will write a bestselling memoir.

Perhaps it is because they believe that they are fighting for Kurdish freedom and the socialist ideology of their organization that makes them less inclined to brag about their battlefield accomplishments.  For them, there is more to their revolution than just fighting.

Sadly, it is also unlikely that they will survive the war. The unit used to consist of 20 women. Only a few of the original members remain.

I met my first female sniper in an alcove of the apartment building one night. She smiled and shook my hand. I could tell by the way she carried herself that she was a true soldier. I had met many rear-echelon types traveling through Syria who bombarded me with questions and asked to have their photograph taken. But from the way she stood and the way she talked, it was clear that she saw me as just another passerby, and she was a woman with a job to do. She was 18 years old. 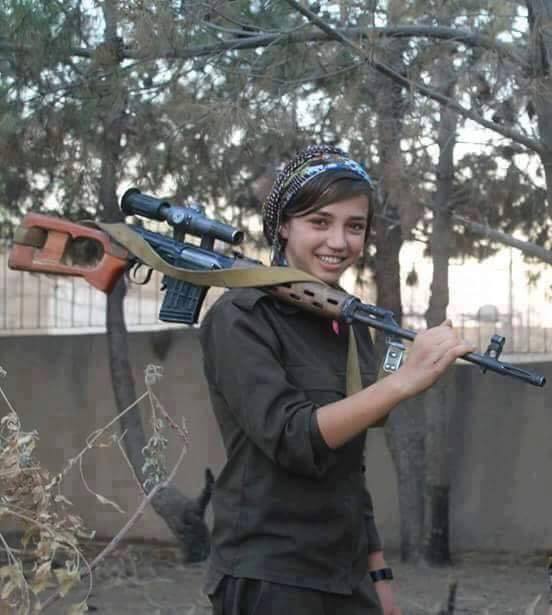 America’s current hero is Navy SEAL sniper Chris Kyle.  My hero is a teenage Kurdish girl, fighting a ruthless war with little logistical support, no air support, obsolete weapons and equipment, and little chance of receiving proper medical care if she is shot.  She is fighting a barbaric horde of Islamic militants.  She knows what she is fighting for and why.  As far as I’m concerned, she is the best sniper in the world. 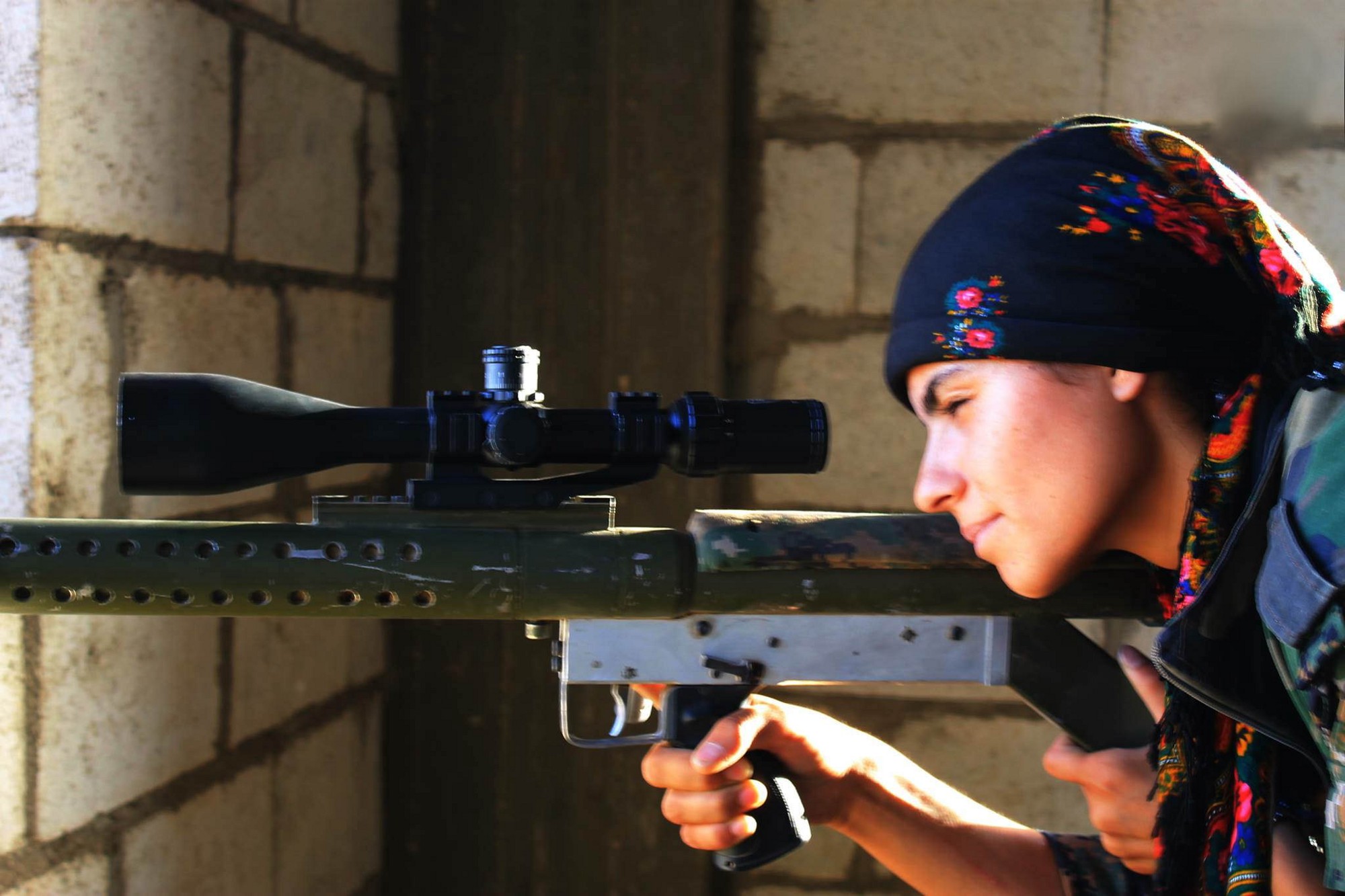 When she is killed, no one in America will care.