Did you heard about Pointer Pointer? 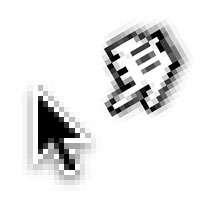 Many of may already aware of this website but if not then Today we are going to explore more about PointerPointer, the whole website is focused only on your pointer, wherever you move your mouse pointer it shows a new pic/image in which someone is showing their finger to your pointer.

This website’s sole purpose is to show a picture of people pointing to wherever your cursor is.

Created by Moniker, an Amsterdam-based experimental interactive design studio founded by Luna Maurer, Jonathan Puckey, and Roel Wouters, Pointer Pointer has quickly become an Internet sensation with nary any promotion on the part of its creators. “We never actually launched the website. We had finished it last weekend, but we were going to launch it on Wednesday,” Puckey says, noting that the trio was out of the office all day on Monday, and when they checked their Twitter feed at the end of the day, they found it was full of people talking about the project. Additionally, Google Analytics revealed that over 300,000 people had already seen it, and Pointer Pointer had amassed 4,000 Facebook Likes.

Puckey and his associates were thrilled, of course. Moniker had originally developed the technology behind Pointer Pointer for Flitser.org, a website that allows users to make animations with photos of camera flashes. “This website had to be able to run at a high frame rate, so we developed a special Voronoi-based grid system that is able to locate the ‘nearest’ flash photo in lightning speed,” Puckey explains.

But you’ll notice Pointer Pointer doesn’t move so fast. In fact, you have to wait a few seconds, which feels like eons, after you move your cursor to see a photo, and the lag is intentional. “The first version of Pointer Pointer ran at lightning speed. Whenever you dragged the mouse, you would directly see a photo of someone pointing there. Yet the experience was totally unsatisfying. There was no surprise,” Puckey says. “So we decided to build in a short delay, to force people to wait for the image. It forces the visitor to stop moving their mouse and pay attention.”

And why are so many people used to instant gratification when clicking compelled to sit and wait for something to happen? “Normally, your cursor causes things to happen, but with Pointer Pointer you don’t really cause anything. We ask you to stand still, and then we point at you,” Puckey says. “We can’t really put it into words, but somehow this role reversion causes quite a primary reaction in people.”

“Our work tends to focus on the social effects of technology,” Puckey adds. “We believe that to be able to innovate for our clients, we need to continuously be developing our own tools and releasing our own projects on the side. The insights that emerge from these more experimental projects can then be applied to our commercial work.”