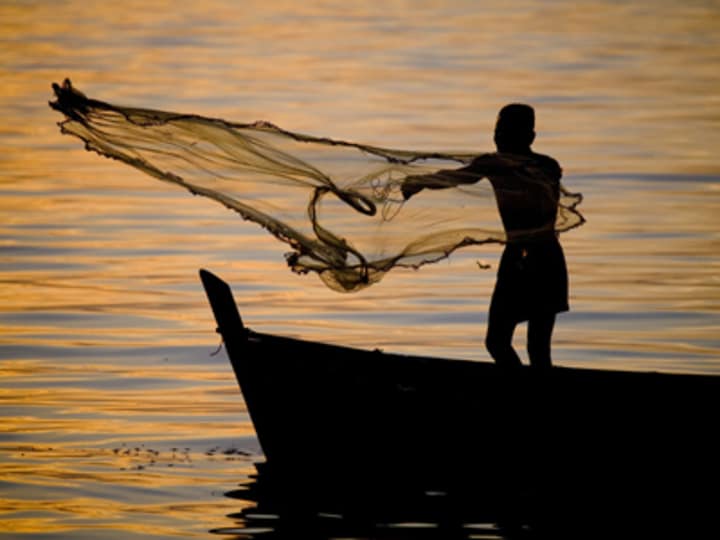 No one knows when the fate of humans changes. Sometimes the people living in the palaces come on the road overnight, sometimes the poor gets jackpot. A similar case has emerged in Thailand, where the fate of a fisherman suddenly changed. The man who spent his life fishing, became a millionaire in no time. The story of his becoming rich has been overshadowed on social media these days.

Actually, Hachai Neomadecha of Thailand dreamed one day that he was going to get a gift by the sea. Initially, he ignored it. He then moved with his family to choose oysters on the beach. Shortly after, they saw a strange thing in the sea, which had three oysters. He did not know much about oyster and sea, due to which he took it to his father.

Inside the oyster, the pearl of orange pearl. Hachai cleaned the Oyster , so he saw an orange color in it. He immediately understood that he is a precious orange colored pearl (Melo Melo Pearl). White pearls usually reside inside Oyster, while orange pearls are formed from sea snails. When Hachai found out the price of pearl in the market, his senses flew away. Its current price is 2.5 million pounds. According to India, this price is around 2.5 crores.

Gradually this news spread on social media. The line of buyers has since started. Hachai Neomadecha is also receiving calls from Thailand and abroad. Apart from this, people want to give these rare pearls their names by paying a big price. According to Hachai’s father, his family’s fortunes changed with this pearl, he would sell it comfortably at a good price.

Melo pearls are commonly found in the South Chine Sea. Now a large Chinese businessman has contacted Hachai’s family. They are willing to pay its good price. The businessman will travel to Thailand next week for the deal. Because of this, his family is no longer happy.

Video: The Man Who Fell from the Sky (True Story)

Do you remember the Sacrifice of a Legend, who’s life came to an end today 27th…

‘I’m fine under the circumstances’

Kawhi Leonard once again ‘leading the way’ for…